Kaifi Khalil is a well-known Pakistani-Balochi singer and composer who is recognized for putting a contemporary spin on traditional Balochi music through a fusion of traditional and modern music.

Kaifi Khalil is a well-known Pakistani-Balochi singer and composer who is recognized for putting a contemporary spin on traditional Balochi music through a fusion of traditional and modern music.

Kaifi Khalil was born in Karachi, Pakistan, on September 2, 1996. He hails from the South Asian nation of Pakistan. Kaifi Khalil’s a Virgo, according to horoscopes.

He is a native of Lyari, an urban slum in Karachi that is well-known for its high crime rates, gang activity, and drug use. Having been born to a musician, Kaifi has always deeply appreciated the art form. Because she came from a poor home, Kaifi never got to go to school.

Kaifi’s father, Rajab Ali Surizehi, was a musician who played the guitar and the traditional Baloch instrument known as the banjo. In addition to that, his father manufactured banjos. After his father passed away, Kaifi had difficulty making ends meet and worked various jobs. After putting his savings aside, he indulged his interest in music by purchasing an old guitar. After that, he taught himself how to play the guitar by looking at instructional videos on YouTube. 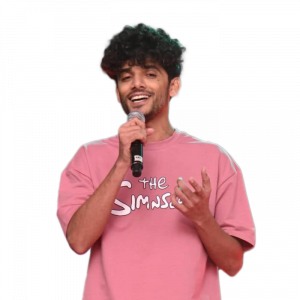 As a child, Kaifi was already interested in music due to the influence of his musician father. Kaifi did not receive formal education because he was raised in a low-income family. A mutual acquaintance connected him to the performing arts academy known as MAD School, which is located in Karachi. After that, Kaifi completed his formal music education at MAD School, which was provided to him at no cost. While there, he worked with a large number of well-known artists under the direction of MAD School’s artistic directors, Nida Butt and Hamza Jafri.

In July 2015, he launched a YouTube channel with his name as the title. His debut video, an acoustic rendition of the Balochi classic “Mani Tawe Dost,” was posted on YouTube in November 2016. After that, he uploaded renditions of a plethora of Balochi and Urdu songs.

“I AM KARACHI,” a non-profit organization in Karachi whose mission is to promote social and cultural activities in Pakistan, was instrumental in launching his career. Kaifi was given several opportunities to showcase his talents due to “I AM KARACHI.” He also won the “I AM KARACHI HOPE AWARD” in 2016. He also performed at the music festival “I AM KARACHI.”

Under his own record label, he dropped the single “Chammani Ars” that same year (2017). He made an appearance on “The Chiragh Baloch Program” (a Pakistani talk show) in 2019. His song “Bya K Bacheke Abdaale,” released in 2020, has been seen over a million times since then.

His mother is the inspiration for the song “Tauba Tauba,” released in 2020, written and composed by his father as a gift for his mother.

Kaifi is doing shows, events and concerts all over the world.  It’s very easy to be approached and Booked for Events with Fankar Online.

How much does Kaifi Khalil charge for a show?

Bhangra Singers, Male Singers
Abrar-ul-Haq is a Pakistani pop, bhangra, and folk musician and politician. He is also the President of Youth Wing of Pakistan Tehreek-e-Insaf. On his first album "Billo De Ghar" his name appears as simply "Abrar" and he become necessary for concerts all over the globe.
Read more

Male Singers
Jawad Ahmad is a famous singer, Musician, Composer, and Film Director from Pakistan. In addition to all of this, he is also active in politics. Since 2000, Jawad has been actively involved in the music industry, to which he continues to contribute.
Read more

Male Singers
Ahmed Jahanzaib is pop singer and composer. Ahmed Jahanzaib is one of the few singers of the country, who have been trained in classical music that  is why he mostly sings soul stirring slow songs. Ahmed popular of heart touch voice. he is play back singing of dramas.
Read more
close