Kaifi Khalil
Back to products

Shweta Subram is a Canadian playback singer, well known for her role in the hit song “Jalebi Baby.” In 2011, she performed at the International Indian Film Academy Awards (IIFA) in Toronto with the Bollywood music composing/directing team Salim-Sulaiman for IIFA Rocks. Shweta Subram is multilingual and can sing in Punjabi, Sindhi, Tamil, English, and more, in addition to her native Hindi.

Shweta Subram is a Canadian playback singer, well known for her role in the hit song “Jalebi Baby.” In 2011, she performed at the International Indian Film Academy Awards (IIFA) in Toronto with the Bollywood music composing/directing team Salim-Sulaiman for IIFA Rocks. Shweta Subram is multilingual and can sing in Punjabi, Sindhi, Tamil, English, and more, in addition to her native Hindi.

Shweta has a reputation as a top-tier singer and performer. Her performances usually feature modern hits and legends from the Bollywood music industry. She has performed as the main act at music festivals and concerts in Asia, the Middle East, the Caribbean, and North America. In April 2015, she sang the Canadian and Indian national anthems to set the stage for speeches by Indian Prime Minister Narendra Modi and Canadian Prime Minister Stephen Harper.

Shweta Subram’s family uprooted from Mangalore, India, when she was two months old and settled in Dubai, United Arab Emirates. She completed her secondary education at Merivale and received a Bachelor of Commerce (Honours) from Carleton.

Shweta’s skill in singing was recognized time and again with a slew of prizes and nominations in both Dubai and Canada, even though it was initially only a hobby for her. 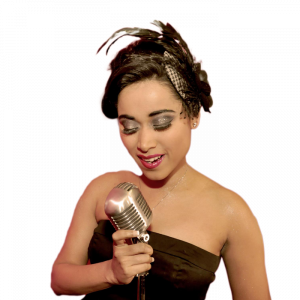 Shweta Subram is a popular Indo-Canadian singer and composer who became prominent after she collaborated with The Piano Guys on an Indian version of Swedish House Mafia’s “Don’t You Worry Child.”

Shweta Subram specializes in the Hindustani and Carnatic traditions. She got her debut performing alongside the Bollywood music director Salim-Sulaiman at Toronto’s renowned IIFA Awards. Since then, Shweta’s singles and musical partnerships have taken her in a progressive direction.

After living in India for a while, Shweta was recruited by Zoom (a television network) to become a member of the Sunsilk Gang of Girls. Following her time on the road with the band around India, Shweta was eager to strike out on her musical path. Shweta went to India for a while but eventually moved back to Canada to pursue her music career independently. Her first two singles, “Jee Le Live Life” and “Ajooba,” catapulted her into the spotlight of the North American urban music scene.

Afterwards, Shankar Tucker reached out to Shweta to have her participate in his work. As a result of Mere Saajan Sun Sun’s success, more people could witness Shweta’s abilities. A.R. Rahman collaborator Pravin Mani approached Shweta, and the two recorded the song “Piya” together, including playback vocalist Karthik. The Piano Guys hired Shweta to sing an Indian version of Don’t You Worry Child by the Swedish House Mafia, which was her major break in the North American market.

Shweta made her Bollywood debut with the film “Hawaizaada,” which also featured Ayushmann Khurrana, Mithun Chakraborty, and Pallavi Sharda. Shweta and Ayushmann Khurrana (who doubled as the film’s composer) performed the song “Dil-e-Nadaan” for the film’s soundtrack. Her first major release in Bollywood was the Ghibran-produced single “Mella Mella,” which had music from both of their respective Tamil backgrounds.

Heer, Saadi Galli Aaja, and Mitti Di Khushboo are just a few of the Bollywood hits that Shweta has covered. Shweta’s Bollywood Evolution, an acapella compilation of songs from the 1950s, was launched with the support of the digital music startup Qyuki, founded by A.R. Rahman, Shekhar Kapur, and Samir Bangara. Numerous news outlets in India and beyond, including BuzzFeed and The Times of India, picked up this release.

Also, Netflix’s “Simply Sunny,” a documentary about Indian-Canadian actress Sunny Leone, features music by Shweta. She sang the national anthems of India and Canada during a ceremony honouring their respective prime ministers, making her the youngest Indian-origin performer ever to perform at New York’s Carnegie Hall.

Shweta is doing shows, events and concerts all over the world.  It’s very easy to be approached and Booked for Events with Fankar Online.

How much does Shweta Subram charge for a show?

Bhangra Singers, Female Singers
Humaira Arshad is a Pakistani pop singer from Lahore. She is a folk, pop, culture, and ghazal singer who has been classically trained. Her famous albums are Chori Kach Di and Gal Sun Dholna. Humaira Arshad is one of some few female bhangra singers of Pakistan, She sung mostly bhangra songs or folk Punjabi Songs. She has been appeared in Coke Studio with her song Luddi Hai Jamalo with Ali Sethi crossed 10 M Views on Youtube.  Coke Studio's Kaatay Na Katay by Aima Baig, Humera Arshad & Rachel Viccaji was also a Hit and got 5 M Views.
Read more

Female Singers
Mehwish Hayat is one of Pakistani Showbiz emerging and leading actresses, known for DRAMAS Bin Tery, Kabhi Kabhi, Mann Chalay, and as much as her beauty. Mehwish Hayat age is 31 (ATM) and was born in Karachi, Pakistan, on January 6, 1983.She won an award from a UK Magazine before getting the success she have today. She is also Model and Singer with a beautiful voice. she is singing in coke studio latest songs. Contact Mehwish Hayat [chat]
Read more

Female Singers
Nirmal Roy is a singer from Lahore, Pakistan. She has performed in Coke Studio and won many music awards on national level, including the Voice of Kinnaird College. Nirmal has given playback songs and was also selected to do tracks for the Pakistani film Punjab Nahi Jaungi.
Read more

Female Singers, Folk Singers
Afshan Zaibi is the Famous, Multi talented singer with portfolio in Urdu, Siraiki, Punjabi, Pashto, Hindko.  She  has  got  PTV Tallent Award in 2011. Some of her’s famous albums are Jhoom Barabar Jhoom, Yari Lanri Aey. She is one of them that are spreading the  Pakistani culure with their songs and voice.
Read more
close