Do you remember who took a stand against a girl being humiliated in a crowd of thousands? Do you remember his swag and how he rescued the girl? We totally need such people in our lives and Atif Aslam is a gem at heart and voice!

Making hearts skip a beat, Atif Aslam is one of the most acclaimed singers of the Pakistani music industry and became a heartthrob in a very short span of time. We remember him crooning Aadat and then he took our hearts with Tere Din, Doorie, and has become the most perfect voice for the most lovie dovie tracks.

Seeing him performing on stage in Dreamworld, wearing a sassy white outfit and giving pleasure to the masses with his beautiful voice is a yesteryear’s story, we now see him as a superstar who has collaborated with major music records and producers and has made us proud every now and then!

Atif has lent his voice to major Indian films and has gained popularity among the Indian audiences as well, be it the most beautiful Tere Liye, or rendition of Jab koi baat bikhar jaye, he swoons us always with whatever he sings. We have seen his Doorie , Aadat, and MahiVey being played in every car back in the days and are not surprised at all!

His marriage with Sara Bharwana broke many hearts but the quality of his voice became better and better, recently the artist performed with Hania Aamir on stage at the Hum awards, backing the performance with the love song of the season Thaam lo and we were awestruck. He is not only a great singer but a great performance too! Smooth and sizzling are the right words to compliment his performance!

When Aadat first came out we all were sure that Atif will go places and he exactly has one the same! Let’s have a look into what makes him different from other artists!

Atif’s voice tugs at one’s heart and grows on you beautifully taking you onto a ride of emotions, feelings and what not! His voice is one of those which keep you hooked to the track and the uniqueness in his voice makes one want to hear him again and again. No wonder despite the Indian composers asking for the ban on the Pakistani artists he still sang for the audiences there and thought that it’ll be unfair for his fans there if he stops singing for the Indian fans. He was also judge was a super amazing Indo-Pak singing competition Surkshetra and won hearts as a judge too!

Relatable to the masses:

Not only his voice, but his nature and persona is so relatable to people, he traces his singing career back to the college days and we all saw that viral interview in which he sang for a reporter and that video went viral. Recently, the singer appeared in an interview with the great Samina Peerzada and talked his heart out sharing about his childhood, becoming a singer and more!

These are a few of the qualities the artist possess, his new song 12 bajay is all set to release tomorrow and we all are excited for this one! 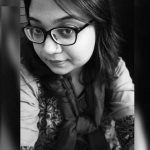 Newer Atif Aslam – A Need of Bollywood Film Music
Back to list
Older Junoon Band is Back, Junoon will be Live in Concert