Akhtar Chanal Zahri
Back to products

Aima Baig is talented and rising singer of Pakistani pop music industry who is singing in all genres specially Modern Folk Music.

She says, Music has an indefinite Soul which can’t be expressed in words only, for me it’s a strong connection between Myself & the Humanity.

Aima Baig is considered one of Pakistan’s most beautiful and talented singers. She was born in Lahore, Pakistan, on March 10, 1995, and went to school in the same city. Since childhood, she has had a passion for singing, which has made her a well-known singer in Pakistan. In 2014, she started her career by posting some songs on SoundCloud. She then received a lot of attention on social media after that. She also worked on the famous comedy talk show “Mazaaq Raat,” which aired on Dunya News and featured some of the most famous comedians in Pakistan.

Aima Baig’s father brought her up. She has loved music ever since she was seven years old. Her mother died when she was young because she had cancer.

In 2015, Aima Baig sang at Shaukat Khanum Cancer Hospital for the ‘Sing a Song – Save a Life’ campaign alongside her uncle, news anchor “Mubashir Luqman.” The primary objective of this effort was to raise money to give to people battling cancer. The effort includes support from Aima’s mother, who was also battling cancer and has donated to help cover treatment costs for those who cannot otherwise afford it. This ad, given the name “Summer Wine,” was the spark that ignited Pakistan’s whole entertainment industry.

She told the news reporter that her family had told her not to go into the media business at first. “I’ve always been very private,” she highlighted. She said, “I never sang in front of my family, and when I decided to become a singer, it wasn’t always sunshine.” “My family had some worries. They knew it wasn’t easy to make it in this business, but over time they got it. 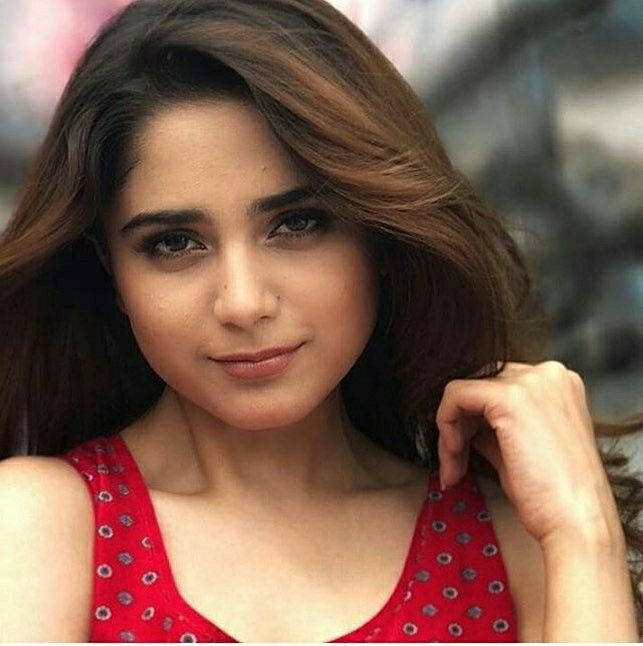 Aima Baig (Coke Studio Singer) influenced her Coke Studio to make a huge arrival in 2017 in Coke Studio Season 10 and sung songs with many other best Pakistani artists. The youthful artist sang the tune titled “Baazi” with the famous Sahir Ali Bagga. Sahir Ali Bagga composed the music alongside singing it with her. She has grown up singing both eastern and western tunes and you can see eastern and western styles blending in understanding in this tune. Her voice sounds smooth as silk yet you cannot miss those strong, a lot honed vocals.

When Aima Baig sang the mili-naghma “Ae Rahe Haq Ke Shaheedon” live for PTV, amazing things began to happen for her career. Her soulful voice brought tears to the eyes of the martyrs’ families and gave her a stunning reputation in the music world, which gave her career credibility.

She became a frequent guest on several morning talk shows. Many of Aima Baig’s songs have become massive hits. She debuted in the Pakistani film industry in 2016 with the romantic smash hit Lahore Se Aagey, for which she sang several songs. Shiraz Uppal, the music director for Wajahat Rauf’s Lahore Se Aagey, chose Aima Baig as a playback singer soon after she worked with Mubashir Lucman. She acted her best in her first film, whether it was “Kalabaaz Dil,” “Befikriyan,” or “Ahle Dil.”

For the song “Kalabaaz Dil,” she won the LUX Style Award for Best Female Singer in a Film.

Aima Baig praised Shiraz Uppal for all the work he put into the song and pushed her to do the best she could.

She said it was one of the most challenging songs she had ever sung when she thought back on it. “That’s not my style, and that wasn’t even my voice.” I made it up because Shiraz wanted the song to have a bazaar feel.”

She also got a lot of flak for sounding like Bollywood singer Rekha Bhardwaj. She responded, “I didn’t try to sound like her; I just tried to match the tone, and Shiraz Uppal gave me Rekha’s reference for the song “Kalabaaz Dil.” She further said that Rekha Bhardwaj is a living legend, and it is an honor for her if people compare her to Rekha.

Aima Baig appeared in season 10 of Coke Studio, where she performed with several other well-known Pakistani musicians. Several of her Coke Studio offerings are beautiful songs, including Baazi, Baanware, Aatish, and Malang.

Awards and Achievements of Aima Baig

Aima Baig is doing shows, events and concerts all over the world.  It’s very easy to be approached and Booked for Events with Fankar Online.

How much does Aima Baig charge for a show?

Female Singers
Meesha Shafi touched modeling first which have highest ranked in film industry After she connected with the singing world and now the most soul touche voice in the very first sing a song in coke studio with collaboration of Arif lohar (JUGNI) She sang a rendition of the folk song "Chori Chori" which also was highly viewed. Meesha have build their career in singing highly form. she is live singer. the most famous song is (Sun ve balori ankh waliya). Meesha is not only sing a urdu, she sing in different languages, Punjabi Urdu Pashto and Sindhi.
Read more

Female Singers, Sufi Singers, Top Female Singers
Hadiqa Kiani is a Pakistani female singer, philanthropist, and songwriter. Hadiqa was born in Rawalpindi (city of province Punjab, Pakistan) as the youngest of 3 siblings, her older sister Sasha and brother Irfan Kiani. Her father pass away when she was 3 years old. Her mother, poet Khawar Kiani, was the headmaster of a govt girls' school. Seeing her musical skills, Khawar enrolled Kiani in the Pakistan National Council of the Arts. She received the early education in music from Madam Nargis Naheed. She has received many international and local awards and also has performed at the most reputable venues in the world, including The Kennedy Center and Royal Albert Hall.
Read more

Female Singers, Bands
Manwa sisters a group of three sisters start there work in music from the college life. “We chose the word Manwa because that (literal meaning of the word in Urdu) is what we want to do. We want to get our talents recognized.” told by Maryam Jabeen, One of the members of this group.
Read more
close