Naseebo Laal got fam and has become popular in young generation after song “Tu Jhoom” for Coke Studio and Groove Mera, Antheme of PSL. Naseebo Lal is a best Pakistani singer known for her Punjabi Songs.

Naseebo Lal is a well-known Punjabi singer from Pakistan who also enjoys a large fan base in India. The enchantment of her song has been heard all around the world, including in Pakistan. During her 13-year career, Naseebo Lal has recorded over 1,500 songs. Naseebo Lal Marwari [Rajasthani] is multilingual, singing in Urdu and Pashto in addition to her native Punjabi.

Naseebo rise to stardom is a fascinating true story. Her musical talents match her moral excellence. She entered the world in a rural Bukhara hospital in 1970. Naseebo Laal lacked the sufficient resources necessary to pursue further education. Where she lived, there was no local school district. This singer was a family member that often sang at public events like weddings and fairs.

Naseebo Laal’s family was opposed to things like singing and television. Thus she never considered a career in those fields. However, after she began performing publicly, they enthusiastically cheered her on. Although Naseebo Lal was born in Pakistan, her family originally hailed from the Indian state of Rajasthan. 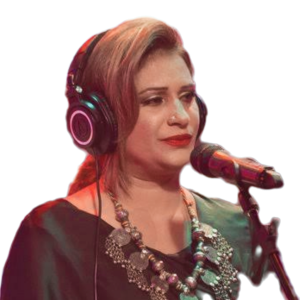 She has loved the music of Madam Noor Jahan ever since she was a little girl and considered herself a huge fan. The exquisite “Sur” [tone] that pours in Naseebo Lal’s voice has earned her comparisons to the late Noor Jehan. Her voice may be heard in British music producers’ remixes of Noor Jehan’s classical songs like “Jadon Holi Jai Lenda Mera” and “Anda Tere Layee Reshmi Rumal.”

Singing was one of several artistic abilities in the Lal family, and Naseebo Lal first learned it from her mother. She honed her skills further while studying with Ustaad Lal Khan. Her Ustaad in the film industry was the tabla virtuoso Tafoo, who wrote the hit song “Sun Ve Balori Akh Walia” for the 1970 film Anwara. It wasn’t until Producer Sarvar cast her in his 1999 Punjabi film Desan Da Raja that Naseebo Lal got her big break.

‘Jinda Yaar Juda Ho Jaye,’ ‘Bukkal De Vich Chor,’ and ‘Kundi Na Kharka’ are all smashed hits she sang for the film. Even now, these songs continue to enjoy widespread acclaim. She subsequently covered “Silli Silli Aundi Hawa” by Hans Rans Hans after a Pakistani author requested it. She started getting major offers after the success of “Silli Silli Aundi Hai Hawa.” After that, she became a prolific Lollywood film business songwriter and singer. The UK record label Oriental Star Agencies issued many of her recordings.

In 2012, she fantastically performed in “The Drum Theatre” in Birmingham, England Naseebo Lal which made her earned the international recognition. This concert is on over 100 CDs as it was a hit with fans of traditional Pakistani folk music and Lollywood.

It is evident that Naseebo Lal generally dresses in a Saree when performing and loves to delight her audiences with some light dances. Even today, Naseebo Lal feels she has not reached her musical aim. According to her, the sound artist keeps learning as long as they continue their Riyaz (music practice).

In 2021, Naseebo Lal and other young famous artists sang the PSL anthem (PSL 6) “Groove Mera”, which was met with much criticism. Despite this, the song was a huge success, racking up millions of views.

She made her debut in Coke Studio season 9 with the song “Sasu Mangay” and then featured in Coke studio season 14 with song “Tu Jhoom” with Sufi singer Abida Parveen.

Naseebo Lal’s Net Worth and Age

In 2020 and 2021, her wealth increased noticeably. In the range of $1–$5 million every year, Naseebo Lal relies heavily on her career as a successful singer. She born on 10th January 1970

She has sung unlimited songs. Some of her best songs of her are:

Naseebo Lal is doing shows, events and concerts all over the world.  It’s very easy to be approached and Booked for Events with Fankar Online.

How much does Naseebo Lal charge for a show?

Female Singers
Shahida Mini proved her self as a specialized person in every field in which she steped in. Not only in the world of Entertainment but she is also achieving great heights in social life by serving the suffering humanity.
Read more

Female Singers
Laila Khan is a Pakistan singer. Amongst contemporary artists, she is considered one of the famous proponents of Pashto Music. She has also gained fame for singing a fusion song in five languages Arabic, Urdu, French, Pashto, and English and apart from performing in multiple domestic and intentional concert.
Read more

Female Singers
Hina Nasrullah is a promising young singer from Lahore. She started as a naat-khwan (someone who recites hymns in praise of the prophet) since childhood, from Pakistan Television in programs Aangan Aangan Taaray, Music Room, and others. She was a student of Punjab University, Lahore later on. Her ambition is to make a name in Hamd o Naat and Sufiana Kalam.
Read more

Female Singers, Sufi Singers
Qurat-ul-ain is singer, musician, composer, and actress. She is a shine star at international level. QB is sings in pop progressive rock and folk. QB is play back singer of drams songs with actively played. Her song is "Wo humsafar tha" is most popular in songs list.
Read more
close