Sahara UK Band is Formed by Harvinder, who is universally known as Herbie Sahara – the lead singer of the group. Herbie was born in the UK, and is a very confident vocalist with a powerful voice. He started singing to Hindi film tracks when he was only (3) years old, and also at an early age was singing at local Sikh temples. For as long as Herbie can remember he always wanted to be a singer.

Sahara UK band is a modern musical phenomenon, a regular at weddings and other special occasions across South Asia because of their unique blend of addicting melodies, appealing lyrics and production values, and a string of smash hits. Herbie Sahara, frontman Harvinder formed the band. Band is run by Herbie Sahara and Gurps Sahara.

Sahara UK embarked on tours to Canada, Norway, Denmark, India and Pakistan, Kenya, the USA, and Dubai. They played at the legendary ‘Dubai Rain’ festival as the songs gained popularity. Sahara’s music has become increasingly popular at weddings, parties, and club shows around the globe, making them a sought-after live act.

Herbie, a Briton born, began humming along to songs from Bollywood when he was just three years old. Graduating to singing at his local Sikh temple as he got older further solidified his desire to pursue a career in music.

Herbie’s earliest memory of Bhangra is the first time he heard and felt the music of London’s great bands, Alaap and Heera. At age ten, Herbie joined the Bhangra dance group “Nachda Punjab” with his brothers Kully and Gurps, where he received his musical training by playing keyboards and singing in local bands.

Herbie had his first solo stage appearance in Bradford, United Kingdom, when he was 11 years old. 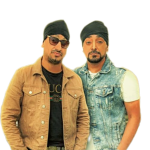 Herbie and Kully formed the band Sahara in 1993, and the success of their debut album, “Intemptation,” propelled them to national prominence. Johnny Zee produced their subsequent two albums, ‘Let Loose’ in 1994 and ‘Blue Print’ in 1997, both of which came out shortly after this one.

Before 2001, when Sahara released ‘Access All Areas,’ they were largely unknown outside Africa. The album did incredibly well, and “Soniye Ni Soniye” became the year’s most famous single.

In 2005, the Sahara brand reached new heights after the song “Billo Ni (Tera Lal Ghagra),” which was included on the album “Undisputed,” became an almost instantaneous anthem due to its inclusion on the album. The song was not only very successful on the radio, but it was well received worldwide, particularly in countries such as India, Kenya, Pakistan, and the United Arab Emirates, even to this day.

In the last few years, the boys have toured extensively across the globe, playing in countries as diverse as Pakistan, India, Norway, Malaysia, Singapore, the Netherlands, Belgium, and, most recently, Australia, spreading their message that music can bring people together and help them to relax and enjoy themselves.

The fact that they regularly perform in Pakistan attests to the power of music to unite people from all walks of life.

Sahara is honored to be one of the few UK Punjabi acts to have a single in a Pakistani feature film, and they are delighted to be British artists showcasing the Bhangra genre worldwide. Billo Hai is the featured song on the new Azar Jafri/ARY Films action-comedy “Parchi,” which has been a substantial financial success in Pakistan and most other countries where it has been distributed.

Among Pakistan’s most requested songs for events in the past year, “Billo Hai” has also been nominated for “Wedding Song of the Year.”

In Nov 2016, QHBCW Bridal Couture Week concluded in Lahore, Pakistan, where the boys performed on the catwalk for designers “Asifa & Nabeel” in front of the fashion glitterati. This was a first for the boys in their music career.

In 2018, they played to over 15,000 people at the Coca-Cola FIFA World Cup Trophy event in Lahore, Pakistan, and then to 35,000 people at the Multan Cricket Stadium for the Wasim Akram’s Sultans XI vs. Shoaib Malik’s Toofan XI exhibition game.

The boys played to a record-breaking crowd of over 45,000 people in January 2019 at CokeFest at Gulberg Greens in Islamabad. Sahara UK considers it a great honor to have headlined so many of CokeFest’s marquee events in Pakistan over the years. Sahara has been performing live for over 25 years, and they have planned several new and exciting projects this year.

How To Book and Contact Sahara UK Band for Events?

Sahara UK is available for Evens and Concerts and is very easy to be approached and Booked for Events with Fankar Online.

How much does Sahara UK Band charge for a show?

Indian Singers
Richa Sharma is an Indian film playback singer and a devotional singer from Faridabad, Haryana, India. She has sung Bollywood's longest track, the bidaai song, in film Baabul. Richa has won award of ''Zee Cine Award for Best Playback Singer''. 'Jag Soona Soona Lage' from 'Om Shanti Om' and 'Sajda' from ''My Name is Khan'' are her hits.
Read more

Bands
Laal band is a musical band from Lahore, Punjab, Pakistan. They perform live in the concerts and private occasions. Laal band is famous for singing socialist and progressive political songs. The also perform specially on the poetry written by renowned Urdu poets such as 'Faiz Ahmed Faiz' and 'Habib Jalib'.
Read more

Male Singers, International Artists, Indian Singers
Sukhbir is prince of banghra. his banghra music varied from fusion to pure Punjabi at times. he start singing career in that time when he is in college during study. sukhbir first song can beat in the dance floor of the nation.
Read more

Indian Singers
Jasmine Sandlas is an independent artist, Singer who is currently living in Mumbai born in Jalandhar, Punjab and raised in Stockton, California. The voice, lyricist and composer of Yaar Naa Miley, Raat Jashan Di, Ishq Da Sutta, Pinjra and many more. After The Diamond and Gulabi, she is now working on her 3rd studio album.
Read more

Indian Singers
Arijit Singh is an Indian playback singer and music producer. He sings majorly in Hindi and Bengali. Arijit has won various national and international awards. He is known as one of the most versatile and successful singers in the history of Indian music and Hindi cinema. He also has the biggest number of fans around the world.
Read more

Indian Singers
Neha Kakkar is an Indian Singer, Younger Sister of Sonu Kakkar and Tony Kakkar. Neha Kakkar born on June 6, 1988 in Rishikesh,Uttarakhand India. Neha Kakkar competed in India's top television reality show Indian Idol in 2006 season 2 of the and whats the luck that then she did that show as  judge  i.e. Indian Idol 10
Read more

Indian Singers
Alka Yagnik is an Indian playback singer. She is admired in Indian cinema for a career spanning over three decades. She holds a record of being nominated for 36 nominations of the Filmfare Award for Best Female Playback Singer.
Read more
close