Allah Rakha Panipuri
Back to products

SurjRDB (Surjeet Singh) is the only member still active in the band. He now directs a cast of musicians, including singers, musicians, and composers. His bhangra music is widely acclaimed. He is a prolific singer. The songs “Laal Ghagra,” “Billo,” “Aja Mahi,” and “Aloochat” are among his most well-known works.

Rhythm Dhol Bass was created to introduce a brand-new musical style to listeners worldwide. The “RDB sound” was created by combining various musical styles and genres and infusing them with South Asian influences. His bhangra music is widely acclaimed. He is a prolific singer.

Over the years, RDB has become one of the most successful groups of South Asian musicians, singers, and performers globally and founded in 2000 by the Sikh brothers, who were first exposed to music at a young age by their father, who taught them to sing and play the harmonium in the family’s Gurdwara (Temple). SurjRDB has taken over leadership of the RDB team after the untimely passing of the eldest brother Kuljeep in 2012 and the departure of Manjeet to pursue a solo career in the early months of 2014. They want to deliver even more exciting performances and compositions to the stage.

They are also the only known musical group to successfully blend Punjabi and Bollywood elements with American Hip-Hop.

Since its inception in 2001, Millions of people of all ages and backgrounds have listened to Rhythm Dhol Bass worldwide. Rhythm Dhol Bass has radically pioneered the style of British Bhangra by remoulding it into a raw urban sound, making it stand out from the crowd.

SurjRDB is a phenomenal performer and musician who has shared the stage with such A-listers as Akshay Kumar, Saif Ali Khan, Snoop Dogg, Ludacris, TPain, and Public Enemy, to name just a few.

Their distinctive sound has resonated with masses of music enthusiasts in both the east and the west, as evidenced by the millions of spectators who have tuned in to their broadcast performances and the sellout Rhythm Dhol Bass concerts worldwide. The songs are all original compositions, with lyrics that go deep into various topics, catchy choruses, and instrumental hooks that might serve as the basis for an anthem.

The British-Asian music icon “SurjRDB” returns to India with his new solo track “SARDAR JI.” His voice and compositions have been included in numerous Bollywood hits, including “Happy New Year,” “Namastey London,” “Singh are King,” and “Tanu Weds Manu Returns,” the year’s most significant family comedy. With a slew of famous faces and music fans in attendance, Three Records Pvt. Ltd. released this long-awaited album.

Through his electrifying performances, Surj has spread love to a broad audience. In return, he has received numerous accolades and awards, including the Gold Disk Award for Best Newcomer at the UK Asian Music Awards 2002, a spot on the Zee TV Charts for four consecutive weeks, and the Platinum Disk Award for Exceeding 250,000 Sales in Germany for Peter Maffiay’s album in 2007 from record label SONY BMG. 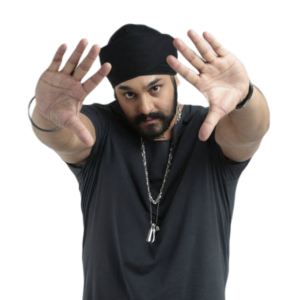 How To Contact RDB Band Surj RDB for Live Concerts?

RDB Manj is doing shows, events and concerts all over the world.  It’s very easy to be approached and Booked for Events with Fankar Online.

How much does RDB Band Surj RDB charge for a show?

Bands, Indian Singers
Sahara UK Band is Formed by Harvinder, who is universally known as Herbie Sahara - the lead singer of the group. Herbie was born in the UK, and is a very confident vocalist with a powerful voice. He started singing to Hindi film tracks when he was only (3) years old, and also at an early age was singing at local Sikh temples. For as long as Herbie can remember he always wanted to be a singer.
Read more

Indian Singers
Richa Sharma is an Indian film playback singer and a devotional singer from Faridabad, Haryana, India. She has sung Bollywood's longest track, the bidaai song, in film Baabul. Richa has won award of ''Zee Cine Award for Best Playback Singer''. 'Jag Soona Soona Lage' from 'Om Shanti Om' and 'Sajda' from ''My Name is Khan'' are her hits.
Read more

International Artists, US Based Singer, Male Singers
Jeffrey Iqbal, born and raised in the United States, has been performing worldwide for fans and celebrities. Not only has Jeffrey's music received millions of views online and on TV shows like Sa Re Ga Ma Pa, India's Raw Star, and Jammin' 2018, but he has also toured and played with the likes of AR Rahman, Shankar Mahadevan, Shreya Ghoshal, Atif Aslam, and many more.
Read more

International Artists, UK Based Singer, Bands, Male Singers
Manj Musik RDB Manj (Manjeet Singh Ral) is a well-known Indian Punjabi singer. His stage name, Manj Musik, has become his professional moniker. He has worked as a film composer, vocalist, and musician in the United Kingdom and India. He is well recognized as a leading figure in India's history of bhangra music. He became famous for his beautiful singing voice, which attracted many listeners. It's awe-inspiring, given how much the average Indian Punjabi enjoys listening to music.
Read more

International Artists, UK Based Singer, Male Singers
Zack Knight is a multi-talented artist who has contributed as a performer, lyricist, music director, producer, and composer. He is also responsible for producing some of the music. He was descended from both British and Pakistani ancestors. The song "Bomb Diggy" he wrote has become a huge success all over the world. He is sometimes referred to by the name Zeekay.
Read more

Male Singers, International Artists, Indian Singers
Sukhbir is prince of banghra. his banghra music varied from fusion to pure Punjabi at times. he start singing career in that time when he is in college during study. sukhbir first song can beat in the dance floor of the nation.
Read more

Indian Singers
Alka Yagnik is an Indian playback singer. She is admired in Indian cinema for a career spanning over three decades. She holds a record of being nominated for 36 nominations of the Filmfare Award for Best Female Playback Singer.
Read more
close