Hamid Ali Khan
Back to products

Hira Salman is a well-known actor and singer of Pakistan, most-liked by her stage name Hira Mani in the industry. Her date of birth is Feb 27, 1988. Mani is her husband’s nickname, and she is a beautiful Pakistani TV actress, contributor, and former video jockey. Hira established her career in the Urdu drama industry. Presently Hira Mani Age is 34 years old.

Hira Salman is a well-known actor and singer of Pakistan, most-liked by her stage name Hira Mani in the industry. Her date of birth is Feb 27, 1988. Mani is her husband’s nickname, and she is a beautiful Pakistani TV actress, contributor, and former video jockey. Hira established her career in the Urdu drama industry. Presently Hira Mani Age is 34 years old.

Hira Mani is a gorgeous Pakistani Superstar and TV actress. And she has become more popular in the Urdu drama industry due to her beautiful style and cuteness. Her famous drama is “Do Bol,” in which she played a leading role.

In the acting world, Hira Mani has established a strong reputation. She is renowned for being incredibly unusual and having enormous acting talent. Hira Mani never shies away from discussing her real-life experiences in meetings. Unlike many celebrities, she is constantly considering how her life is evolving into a component of the media industry. She has always stated the truth about it, whether it was her romantic narrative, daily life after marriage, or family issues.

She entered the world in the Pakistani metropolis of Karachi. Hira Mani born in a Muslim family on Feb 27, 1988. Hira is the only daughter in her family, with three brothers. She spent her childhood in Karachi. Her father has a background in the field of finance. She attended Karachi University and received a Bachelor of Arts degree there. Even though Hira came from a regular family, she was spoiled throughout her youth in Hyderi.

When she was younger, she had a reputation for being a bad girl with a bad attitude. There wasn’t a more loved child than she was in her family’s eyes. Everyone seemed to like her and adore her much more than before.

The career of Hira Mani as an Actor

Hira Mani’s first job out of college was as a video jockey. After appearing as a host on numerous TV shows, she tried acting. She co-hosted the “Hum 2 Hamara show” on Hum TV. While her husband “Salman Saqib,” was Hira Mani’s co-star in the 2012 ARY Digital Drama “Meri Teri Kahani,” the latter was her introduction to the Urdu drama industry. Salman and Hira were created as fictional characters. Salman Saqib is also a TV actor, host, and VJ. 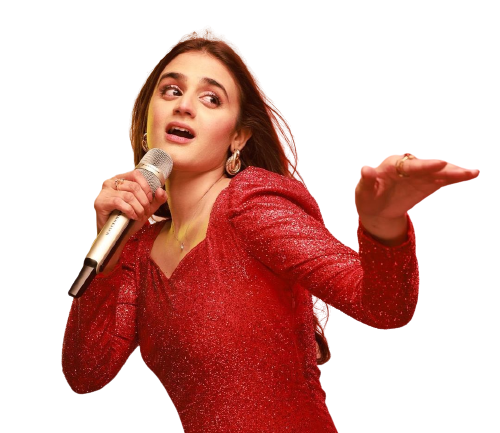 Hira’s performance as Hareem in the drama “Firaq” took place in the latter half of 2013. Hira was cast as Shagufta in “Preet Na Kariyo Koi” episodes of the Hum TV drama that aired in 2015. In this show, she played Ahsan Khan’s on-screen counterpart.

After that, in 2016, Hira Mani was a special guest on “Mr. Shamim” and “Kitni Girhen Baki Hain.” Along with Ahad Raza Mir and Sajalaly, she appeared in the well-known drama series “Yaqeen Ka Safar.” She was nominated for “Yaqeen Ka Safar” as the best-supporting actress at the 2018 Hum Awards. Her fame among viewers soared the same year she co-starred in the drama series “Dil Mom Ka Dia” alongside Neelam Muneer and Yasir Nawaz, which quickly rose to the top of the ratings.

Hira Mani started her singing career with the top rising star of Pakistan, Raffay Israr. Her first song was named “Taare.” However, it stuck with her as she became increasingly famous for playing roles in which her character was a damsel in distress, such as in the drama serial “Ghalati.”

After establishing herself as an actress, it would appear that she is now seeking recognition for her voice as a singing talent. The actress from “Yaqeen Ka Safar” regularly uploads dance clips and cover songs on her YouTube channel.

The career of Hira Mani as a Singer

Hira Mani provided her vocal talents for the theme song of the show “Thays” on NBC. She has also been on the Pakistani music program Kashmir Beats, where she sang several songs. She sang the theme songs for both seasons, 2021’s “Sawaari” and 2022’s “Tamanna.” Hira was featured in Raafay Israr’s “Taare,” a Punjabi pop song (2022).

Worth of Hira Mani

She is the cutest and most popular actress on Pakistani television. Mani’s incredible acting chops have made her the highest-paid actress in Pakistan. The number of people interested in watching her drama serials is high, and they are growing more extensive.

At the 2021 ARY People’s Choice Awards, she received her first award for her portrayal of Bahu in the drama serial “Ghalati.”

Hira Mani is doing shows, events and concerts all over the world.  It’s very easy to be approached and Booked for Events with Fankar Online.

How much does Hira Mani charge for a show?

Female Singers, Folk Singers
Afshan Zaibi is the Famous, Multi talented singer with portfolio in Urdu, Siraiki, Punjabi, Pashto, Hindko.  She  has  got  PTV Tallent Award in 2011. Some of her’s famous albums are Jhoom Barabar Jhoom, Yari Lanri Aey. She is one of them that are spreading the  Pakistani culure with their songs and voice.
Read more

Female Singers
Elizabeth Rai is a new and emerging voice form Lahore Pakistan. She is young talent who is making her path continuously and getting fam. She is doing a TV Show on GNN TV also. With the inspiration of Latta Mangeshkar, Shreya Ghoshal and Demi Levato, She started her career in 2010. She has performed for various platforms domestically , including “Coke Studio Season 11”, and " Alhamra Unplugged Season 1 ".
Read more

Female Singers
Farah Anwar start her Career From Ptv Lahore In 2008 she sang Two Song As Solo Singer In Pakistan Virsa Pro Gramme. After Virsa. she Join The Company Of Mian Yousef Salah Ud Din As Female Vocalist And Sung Two Songs In Virsa Two But The Songs Are Duet With Ali Abbas And Nadim Abbas Loonay Wala In This Scenario she Got Offer To Sing  Songs.
Read more

Female Singers, Bands
Manwa sisters a group of three sisters start there work in music from the college life. “We chose the word Manwa because that (literal meaning of the word in Urdu) is what we want to do. We want to get our talents recognized.” told by Maryam Jabeen, One of the members of this group.
Read more

Female Singers, Sufi Singers
Qurat-ul-ain is singer, musician, composer, and actress. She is a shine star at international level. QB is sings in pop progressive rock and folk. QB is play back singer of drams songs with actively played. Her song is "Wo humsafar tha" is most popular in songs list.
Read more

Female Singers
Nooran Lal  is a Pakistani singer. She is very popular singer. She started her music career in 2001 from Pakistan Television. “Mahi Ve Sanon Bhool Na Javi “ that is sung by Norjahan. Which she recorded in her voice at Pakistan Television. Public liked it very much. Her songs are very famous on stage and stage dancers used to dance on them. Nooran Lal is adorable singer.
Read more

Female Singers, Sufi Singers
Sanam Marvi is a sufi and folk singer her background is related to folk singing. Sanam marvi made her live concert singing. Marvi performs sufi concerts around the world. Pakistani television series featuring live music performances to Marvi she sing a song from the heart of soul with beautiful voice. She sung in different languages Urdu Punjabi.
Read more

Female Singers
Komal Rizi is a Pakistani Television Actress and Singer. She is beautiful talented actress. She started her acting career with super hit TV Serail Hawain. She was sixteen when she recorded her first song. She have very good vice. Komal Rizvi is talented, ambitious and has what it takes to go places. Her voice is versatile and well-modulated with a fresh, lilting sound to it. She writes most of her lyrics and even composes the tunes for her numbers.
Read more
close