Jeffrey Iqbal, born and raised in the United States, has been performing worldwide for fans and celebrities. Not only has Jeffrey’s music received millions of views online and on TV shows like Sa Re Ga Ma Pa, India’s Raw Star, and Jammin’ 2018, but he has also toured and played with the likes of AR Rahman, Shankar Mahadevan, Shreya Ghoshal, Atif Aslam, and many more.

Jeffrey Iqbal, born and raised in the United States, has been performing worldwide for fans and celebrities. Not only has Jeffrey’s music received millions of views online and on TV shows like Sa Re Ga Ma Pa, India’s Raw Star, and Jammin’ 2018, but he has also toured and played with the likes of AR Rahman, Shankar Mahadevan, Shreya Ghoshal, Atif Aslam, and many more.

For his part, Jeffrey is one of the most well-known musicians in the world because his voice can convincingly blend classical with modern Bollywood and modern English pop chart toppers.

Jeffrey’s “Unity Thru Music” is guided by the conviction that music can bring people of all ages, backgrounds, and identities closer together in the name of love and acceptance. Watching him perform is like being transported by a magician. He takes you on a breathtaking adventure through a valley of romantic tunes and sends you soaring on an electric high without ever leaving your seat.

Jeffrey Iqbal is often mentioned when naming artists that have brought freshness to the music business. For music fans, his skill in blending Hindi and English tunes is akin to alchemy. Born and raised in the USA, Jeffrey Iqbal is fluent in English and Arabic. His early musical interests and passions were clear. Jeffrey grew up with a lot of parental encouragement because of his abilities.

By age 10, Jeffrey Iqbal had already begun his musical career. Jeffrey’s parents saw his musical talent early on and had him trained by Ustad Hamid Hossain and Ustad Shafiqur Rahman.

When he was only 15 years old, Jeffrey was already performing as an opening act for international Ghazal superstars like Tahira Sayed, Ghulam Abbas, and the forefather of Pakistani pop, Alamgir. Jeffrey has performed in numerous venues and won numerous awards in competitions, but this is only the beginning of his impressive career.

Jeffrey’s musical interests extend beyond only singing and songwriting. He’s learned the ins and outs of playing the Tabla and the harmonium. Aside from his classical music background, he also has vocal training in Ghazals, Bollywood tunes, and Qawali. 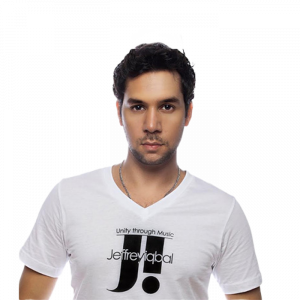 His career in Indian television began in 2007. A reality show featuring Jeffrey Iqbal is shown on Sahara One. His exposure on the show led to a collaboration with A. R. Rahman. A. R. Rahman is a household name in every corner of the globe. For “Slum Dog Millionaire,” the result of his hard work and originality, he was honored with Academy, Grammy, and Golden Globe Awards.

But for his tours and concerts, he picks Jeffrey Iqbal. Jeffrey Iqbal has performed alongside such artists as A. R. Rahman, Hariharan, Shreya Ghoshal, Sukhwinder Singh, Atif Aslam, Chitra, Shankar Mahadevan, Sujata, Madhushree, and so on.

In addition to his appearance on the Sahara One reality show, viewers have also seen him on Sa Re Ga Ma Pa in 2009, Jammin in 2018, and India’s Raw Star. He’s become well-known not just in India but even in the United States.

The Sa Re Ga Ma Pa TV show American challenger Jeffrey Iqbal landed in India to represent the United States. He entered the 2008 Sa Re Ga Ma Pa Challenge USA. On Zee TV in the United States, you may catch this programme. Here, Jeffrey finished as the event’s runner-up. Music director Suresh Wadkar and others eventually asked him to join their team. And yet, Jeffrey Iqbal is also on a mission called “Unity Thru Music.”

Jeffrey believes that music has no limits because of the universal relationship it creates through sound. Some of the songs that Jeffrey Iqbal has remade on his own are Girls Like you/ Tere Bina in 2019, Chaap Tilak in 2020, Channa Mereya/Let Me Love You in 2017, Yadin/Memories in 2020, Someone You Loved/Tu Jaane Na in 2020, and so on.

Jeffrey is one of the world’s most well-known specialists, and his voice can convincingly bridge the gap between classical music and the latest Bollywood and seasoned English pop chart-toppers.

Jaffrey is doing shows, events and concerts all over the world.  It’s very easy to be approached and Booked for Events with Fankar Online.

How much does Jaffrey Iqbal charge for a show?

Male Singers, Folk Singers, Top Male
Arif Lohar is popular  folk singer in Pakistan he is visited more than 50 countries. Arif Lohar is also a play back singer. He has also sung in multiple Punjabi Films in Pakistan and India. his participation in coke studio can build their name. Arif Lohar awarded the Pride of performance by the government of Pakistan.
Read more

Male Singers
Faakhir Mehmood is a Pakistani singer and music composer. Faakhir has produced three albums as prior to 2006. His song 'dill ruba' which is a track was super duper hit.'Kahbi khabi piyar main'were also instant hits. His single 'Sub toh suniye'  was also a big hit.he sing in different countries.
Read more

Male Singers
Imran Khan is a singer,song writer and record producer of Pakistan.He was born at 28 May 1984.He is Pop,Arabic and Punjabi Award winning singer.He strted his carer 2007.Hih first album released  "Ni Nachleh"in 2007.He is a great legend of Pakistan.His second single "Emplifire" was released on 13 July 2009 and later several others.   Contact Imn
Read more