Hasan Raheem is a well-known Pakistani singer and composer. He was born on August 2, 1998. He is famous for the laid-back and subdued R&B, hip-hop, and indie pop kinds of music that he creates.

Hasan Raheem first witnessed the physical beauty of live concerts in fifth grade. As he stood on stage and sang lyrics to a famous dance hit by the British-Indian band RDB (an abbreviation for rhythm, dhol, and bass), Raheem felt his pulse race as he saw the audience get up and dance. As his anxieties got the better of him throughout the performance, his legs began to shake. But as Raheem maintained his father’s adoring stare, his stage fear subsided. Instead, the emergence of an alluring fantasy beckoned.

The year of Raheem’s birth is 1998. He is a member of a Shina family from Gilgit, situated in the Gilgit-Baltistan area of northern Pakistan. He is the oldest of four siblings, born to a Pakistani Army veteran father and a homemaker mother. Growing up, Raheem identifies himself as a “rebel” with a music appreciation. In his first stage appearance in the fifth grade, he performed a famous dance tune by the British-Indian musical group RDB.

After graduating from Bahria University Medical and Dental College, Raheem relocated to Karachi to pursue a profession in medicine. His younger siblings include two brothers and one sister.

While still enrolled in medical school, Raheem began composing, recording, and releasing music in 2018. He started combining tunes and lyrics with his semi-acoustic guitar. His songs “Aisay Kaisay,” “Joona,” “Aarzu,” “Sar Phira,” and “Sun Le Na” made millions of views on YouTube, and he soon gained recognition in the Pakistani music industry. He worked with the Young Stunners in his early years.

It would be erroneous to say that Raheem “exploded” into the Pakistani music industry in 2020. Like his music – quiet, laid-back R&B and rap – the artist subtly asserted his presence without bells and whistles. In his music videos, Raheem and his characteristic Gilgiti-inspired dancing techniques vibe to essential, traditional music.

The musician, who penned songs and wove together tunes on his semi-acoustic guitar (jokingly called Esteban), had and still has no delusions of grandeur or loud, quick fame. Instead, Raheem’s music-making was a slow-burning process that delightfully absorbed him. As the pandemic’s fear and the lockdown’s stillness seeped into every nook and cranny of one’s waking existence, he composed ideas (plenty of ideas), fragments of songs, and rhymes in his chamber. 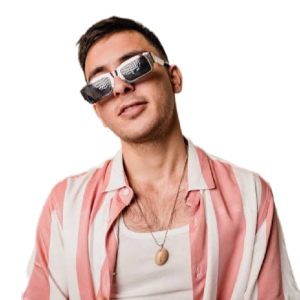 Raheem’s music consists mainly of R&B, hip hop, and indie pop, with soul undertones. His experimental approach to music has a “soft, muttering rap-verse type” voice, and his lyrical style has been characterized by its simplicity; according to Raheem, he prefers to “simplify everything as much as possible so that everybody who listens to my songs may relate with them.” Additionally, he is recognized for incorporating “Gilgit-inspired dancing techniques” into his music videos and sometimes incorporating Shina lyrics into his songs.

After winning, the artist describes how the press questioned him about his nomination. “I was like, dude, I won,” Raheem adds, guffawing.

The 24-year-old is both modest and grounded while discussing his music career, despite having recorded successful singles such as Aisay Kaisay (3.5 million YouTube views), Joona (2.1 million views), Aarzu (1.8 million views), and two new songs (Sar Phira and Sun Le Na). In addition, he has been featured in other renowned magazines such as Forbes, Tribunes, etc.

Thoughts of Hasan Raheem About His Songs

“I usually write about things that tease me,” he says, hinting that thoughts left unsaid (in his personal life) are expressed through his songs. Perhaps Raheem is seeking closure via his music, or maybe each song is a love letter to the people and memories he still carries with him.

Here is the list of his songs from her Albums (Year-wise):

How To Book and Contact Hasan Raheem for Events?

Hasan Raheem is available for Evens and Concerts and is very easy to be approached and Booked for Events with Fankar Online.

How much does Hasan Raheem charge for a show?

Male Singers
Imran Khan is a singer,song writer and record producer of Pakistan.He was born at 28 May 1984.He is Pop,Arabic and Punjabi Award winning singer.He strted his carer 2007.Hih first album released  "Ni Nachleh"in 2007.He is a great legend of Pakistan.His second single "Emplifire" was released on 13 July 2009 and later several others.   Contact Imn
Read more

Pop Singers, Male Singers
Ali Sethi is a Pakistani singer and writer and son of Najam Sethi (Anchor, Chairman PCB) and Jugnu Mohsin (Co-founder and editor of The Friday Times). Sethi was globally recognized for his first published novel, The Wish Maker. The book was short-listed for DSC Prize for South Asian Literature and the Shakti Bhatt First Book Prize Award.
Read more

Male Singers
Raheem Shah is Pakistani pop singer. Raheem  has sing a song Ghum which is most popular song. Raheem shah Shah has shown his singing talent beyond belief.he has also been working on a video with professional  videos with visual and marketing aids. Raheem best singer for Pashto songs. Raheem Shah attracted the attention of Indian audience with his song Pehle Toh Kabhi Kabhi Gham.
Read more
close